Can you imagine a Sunday roast without the potatoes?  You might even be one of those wonderful people who thinks there should be more than one type.  Whether you like to get in as much potato variety in as possible in one meal or prefer to focus on the perfection of a crispy, craggy roast potato with its meltingly soft middle; I think you’d agree that the roastie is a key item in an iconic roast dinner.

There are even establishments where you don’t even need to bother with the meat, you can just have a big bowl of roast potatoes and some gravy to dip them in.

There are newcomers which I’m sure you’d be pleased to find space for on a roast dinner: maybe a rich, bubbling cauliflower cheese which reaches ambrosial heights when it meets the gravy or perhaps (dare I say it) some broccoli who’s green, slightly bitter flavours cut through the sometimes overwhelming richness of this meal.  However, you wouldn’t sacrifice the potatoes for either. 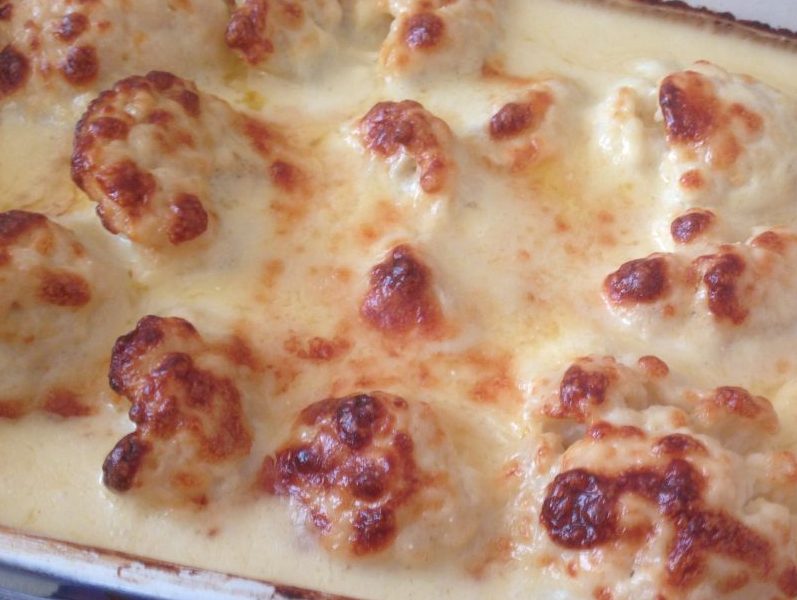 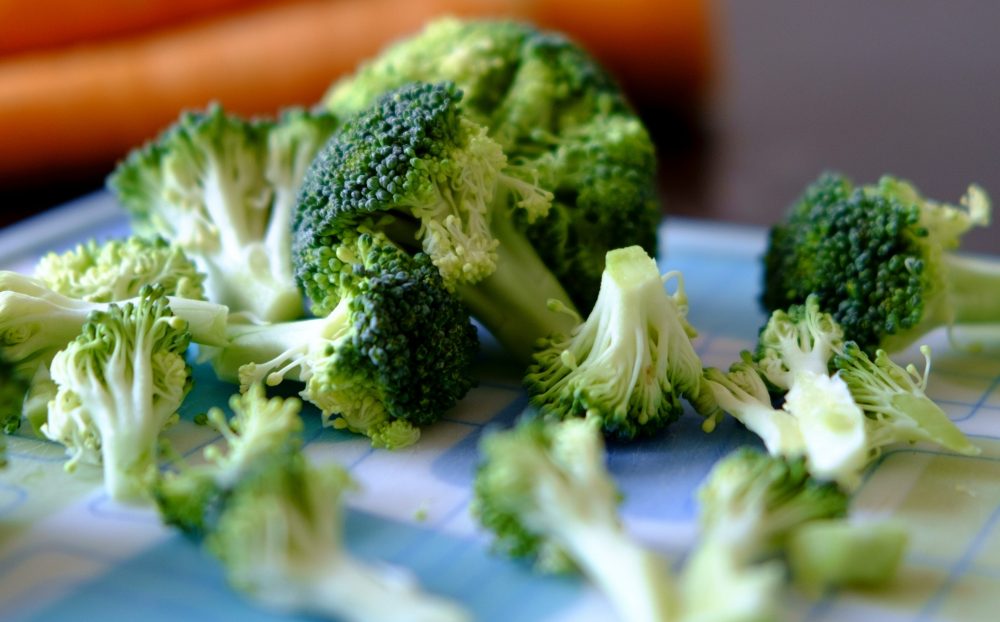 This is really a long way to getting around to breaking some bad news.  I can barely bring myself to do it but brace yourselves: the roast potato is not even as old as a side dish of broccoli in culinary terms!

There are several reasons for this.  Firstly, in culinary terms roast doesn’t really mean what we think it means*.  The cooking technique we use now for our roast dinner is actually baking.  Roasting really means cooked in front of or over a fire which accidents aside, is not how we now cook that mouth-wateringly rare rib of beef or plump breasted, crisply burnished chicken.  Secondly, we weren’t that keen on potatoes when they first showed up, preferring to attempt to smoke them rather than eat them.  Thirdly most people just didn’t have ovens or certainly not as we know them. It wasn’t until the Victorian range that most ordinary people had access to an oven where the roasting (baking really) could take place. 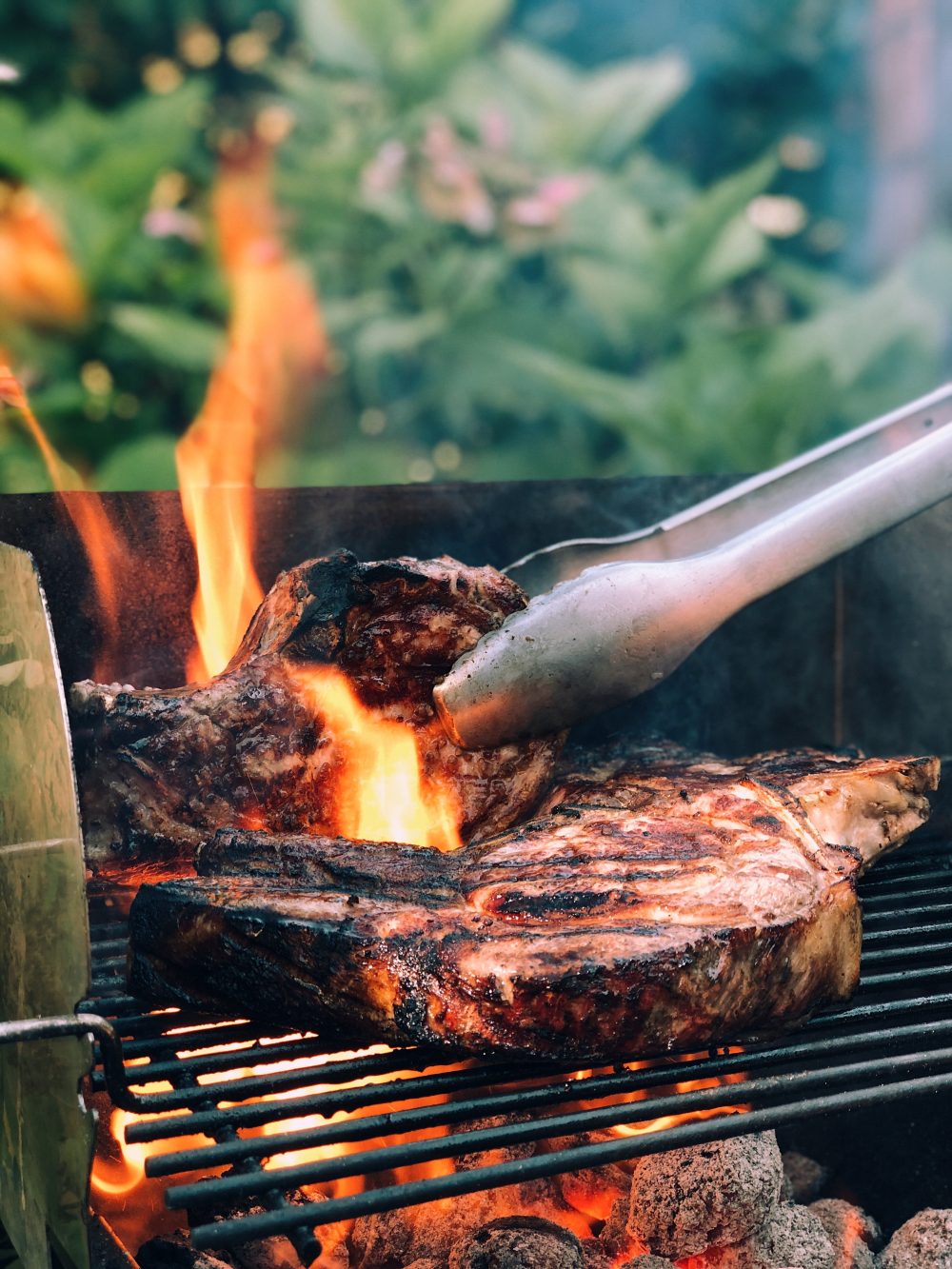 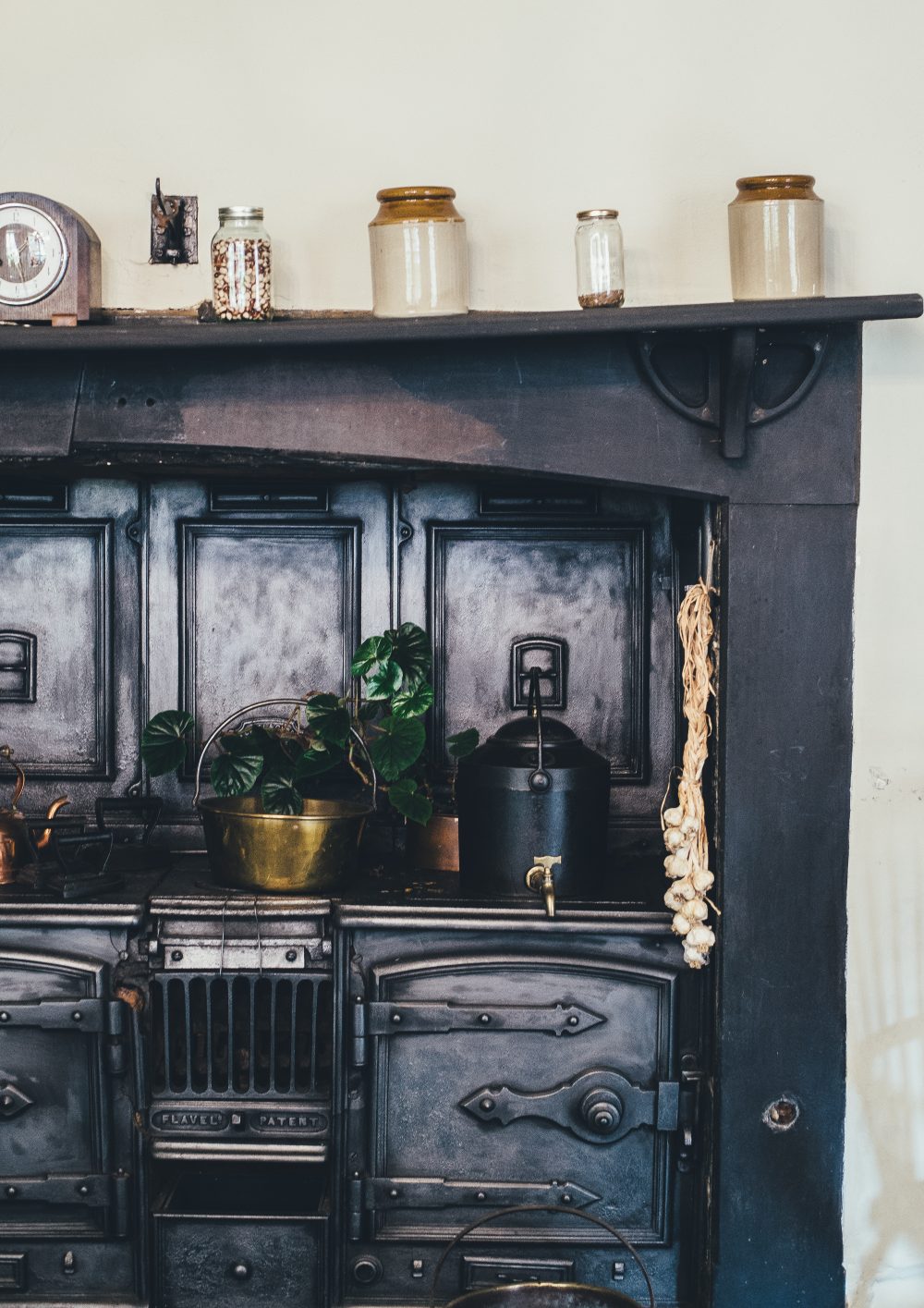 No place in history

The closest mentions we can get from The Complete Housewife or Accomplished Gentlewoman’s Handbook in 1773 is a boiled potato that is left to brown on a gridiron next to the fire and then served with melted butter.  Obviously, butter makes everything better but it isn’t quite the roast potato we now lust after.  Potatoes weren’t even mentioned in the Accomplish’d Housewife of 1732 except in a pudding so at least progress was being made. The Art of Cookery Made Plain & Easy of 1751 also suggests cutting them in half after boiling and peeling them and then broiling them.  There’s not even a mention of them from Eliza Acton although she does suggest many other potato-based dishes.

There are mentions of Franconian potatoes in American cookbooks of the Victorian period.  They call for par-boiled potatoes to be placed around the joint in the oven and then be basted with the fat.  This is the closest I could find to the modern idea of roast potatoes.

It also brings me to the first of my recipes, roast potatoes cooked around a roast chicken.  The potatoes soak up all the juices and fat from the chicken and then are finished off to crispy perfection in an extra hot oven whilst the chicken takes a well-earned rest. Caution, this recipe requires as substantial amount of butter and the best chicken you can afford (the best value for the fairest treatment bird I can find is a free-range one from Aldi that comes in at around £6) 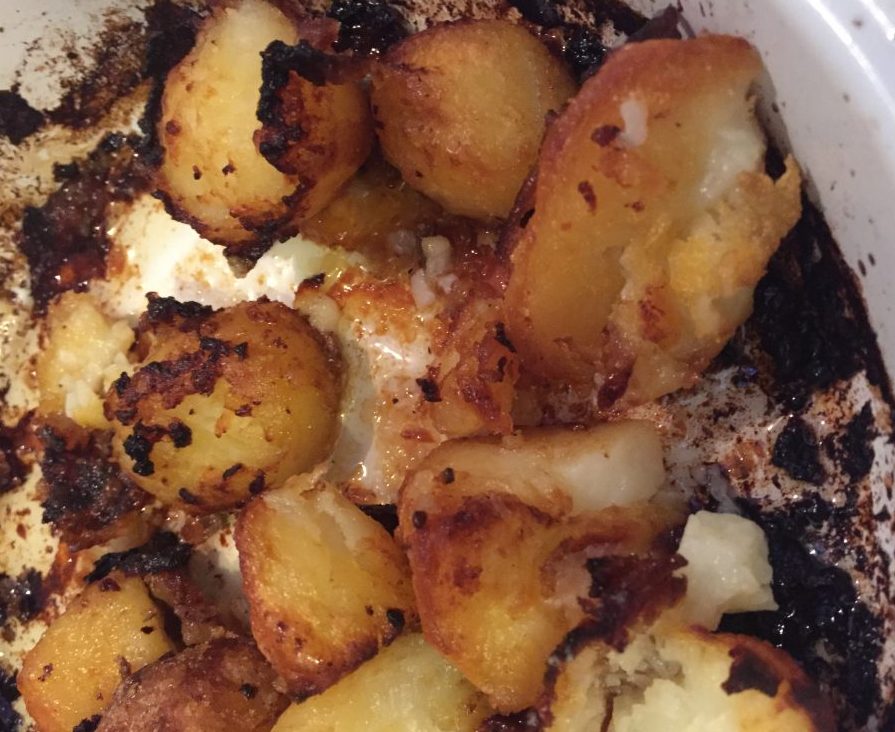 My second recipe is completely vegan and comes from the anti-poverty campaigner and hero of the well-priced meal: Jack Monroe. It has a very different approach to most roast potato recipes which usually require a high cooking temp and around 50 minutes to an hour to cook.  Jack prefers a lower temp and a longer cooking time and the results are spectacular.  The outsides of the potatoes are outrageously crisp and a little chewy and the insides are clouds of fluffy heaven.  The recipe can be found here (with many other fantastic and yet still affordable recipes) 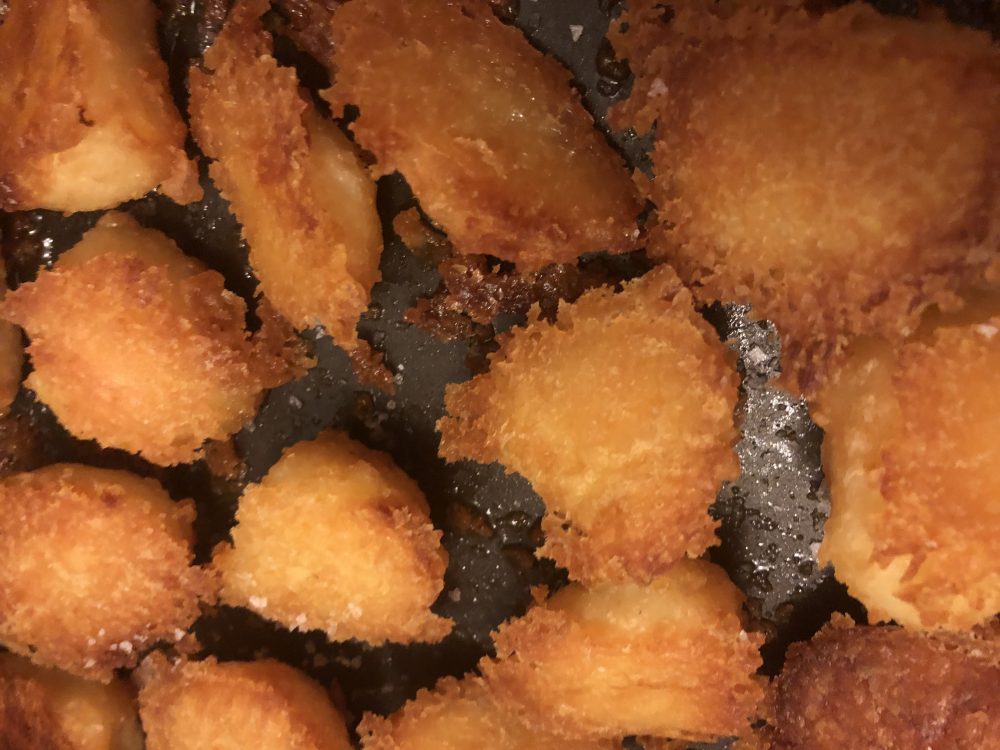 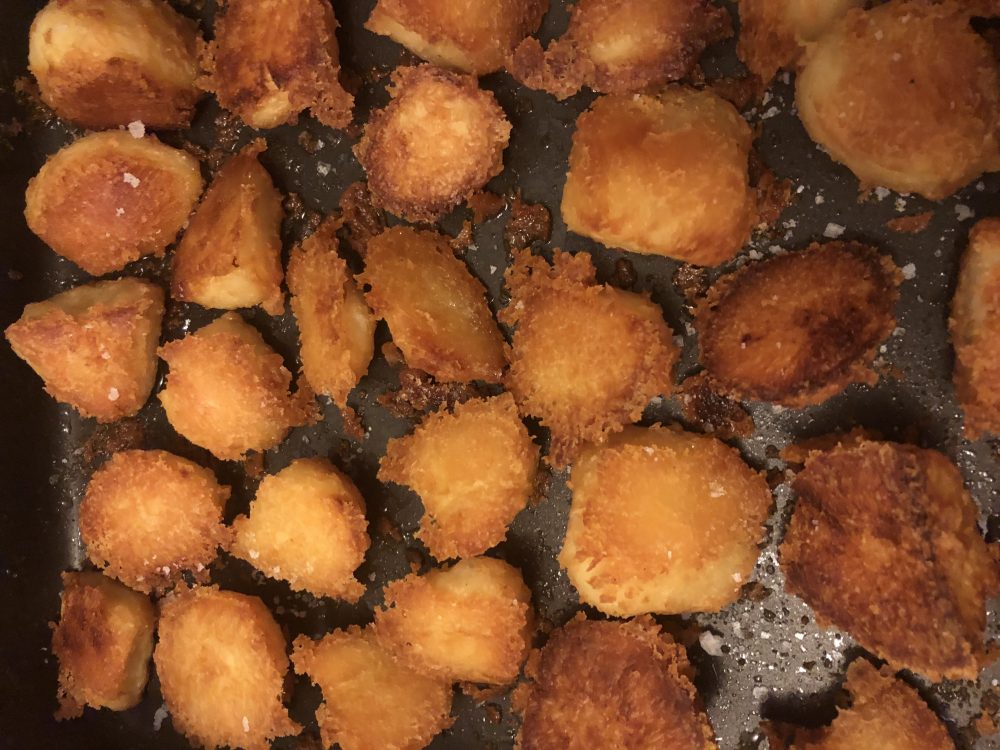 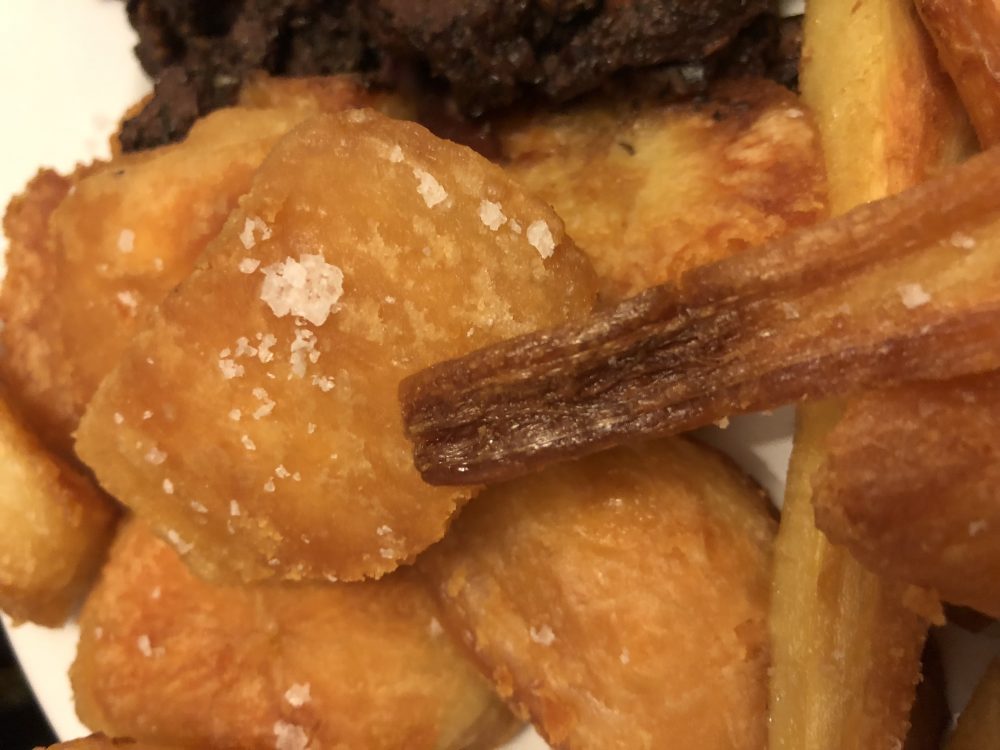 Now to the appliance of science, my third recipe is from the home of the Food Lab: Serious Eats.  I have tried this with various British varieties of potatoes and both Maris Piper and King Edward work.  My preference is for Maris Piper.  I also used sea salt instead of kosher salt which we just don’t get here. These potatoes are sensational, if you want to find out the science behind this then read the article linked from the recipe. 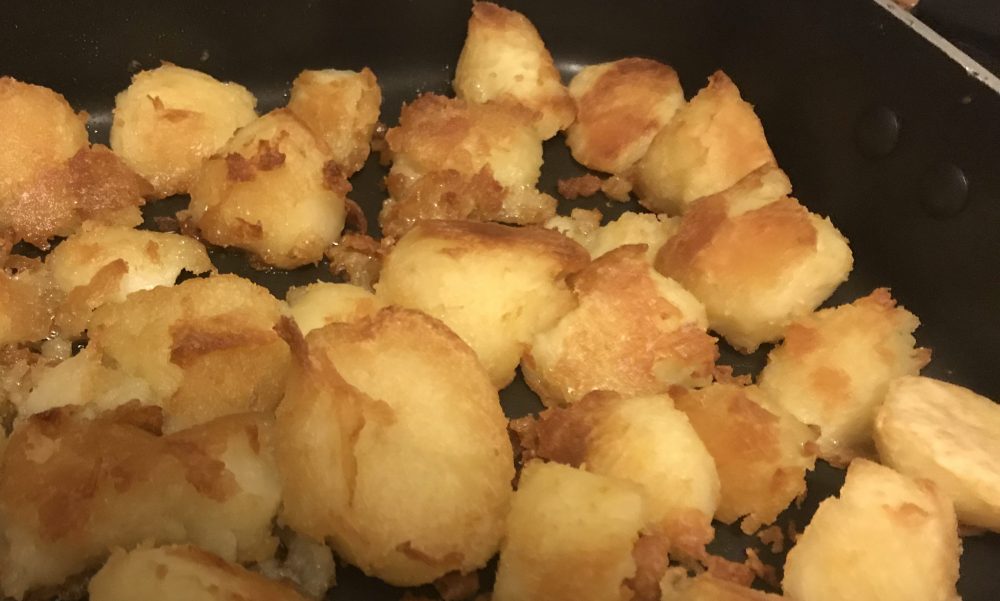 The Art of Cookery Made Plain & Easy, Hannah Glasse 1751

Modern Cookery in all its Branches, Eliza Acton, 1845

I cooked & ate a ridiculously enjoyable amount of

If you want love, make it as big a love as the Duc

Some wise words (not mine) that felt right for tod

It’s been a year! I think Neil Gaiman’s words

Posted @withregram • @rosiesplaques We made this

Triangles seem to be all I can manage now. His fel

Some dark and scary stories from my latest episode

Some dark and scary stories from my latest episode

I love a Rowan tree, not only are they gorgeous to

We want to hear your ghost stories! The Folklore

It’s bonus episode day! In this episode I talk w

Contentment = listening to wonderful stories from

We’re back and It’s the birthday episode! In w

A slightly different episode with a story and inte

A storytelling podcast featuring stories with connected recipes and food history. Honouring the stories despite how tenuous the link to the recipes becomes.

In an attempt to be more frugal and reduce food waste we are making sure we use up all our leftover bits & pieces in new meals. However it now seems that somehow the leftovers are making more leftovers. It’s like Inception but for tiny bowls of things.

The Blue Maiden of the Berendeev swamp, also known as “the little she-wolf”, was a stone idol of unknown origin.
The place where it used to stand is considered cursed.

#SwampSunday is thirsty for your tales of wetlands and waterbodies.

We RT throughout the day.